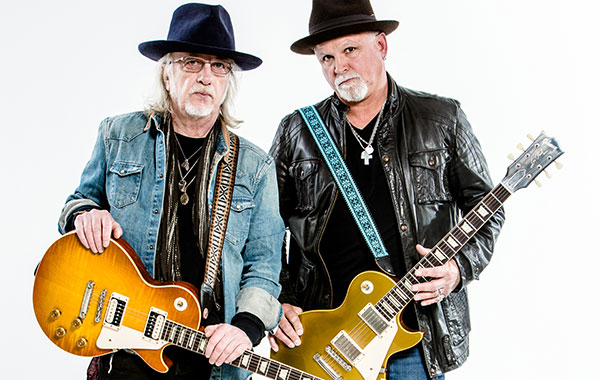 Fiery First Track “Shapes” To Be Released May 6th

U.S. TOUR WITH WHITESNAKE THIS SUMMER

Stops include, Dallas, Houston, Detroit, Philadelphia, NYC and beyond

(Los Angeles, CA – April 2016) The dynamic duo of Whitford/St. Holmes are ready to reunite and reclaim the rock magic they first produced over thirty years ago!  Featuring Aerosmith guitarist, Brad Whitford and Ted Nugent vocalist/guitarist, Derek St. Holmes, the duo of Whitford/St. Holmes is back together and ready to release their exciting new studio album this June, with a nationwide tour immediately following.

It was 1981 when Whitford, who had left Aerosmith, first teamed up with Derek St. Holmes to release their self-titled debut.   Tracks like “Sharpshooter” and “Whisky Woman” carried on the stadium rock n roll style that made them famous. The album received critical acclaim and they did a successful round of tour dates before returning to their respective bands and shelving the duo. Until now!

Recently, the two friends found themselves living in the same town on the outskirts of Nashville.  While working on some catch up time, they decided to revamp their collaboration. After writing a number of songs, the duo recruited bassist Chopper Anderson, keyboardist Buck Johnson and on drums, Tesla’s Troy Luccketta to record the album.  Self-produced by Whitford and St. Holmes, the album was recorded at The Castle Studios in Franklin, TN.

Whitford and St. Holmes, who have collectively been part of 10s of millions of record sales as part of Aerosmith and Ted Nugent, know the true purpose of their art.  “It’s hard to believe we first jammed over 30 years ago,” states Brad Whitford.  Derek St. Holmes adds,“ We are excited for this record to get out there, we want to share it with our friends, all those hardcore rock ‘n’ roll fans… Like our fans and good Whiskey we all seem to get better with age. These new cuts are bold, brassy and ballsy we can’t wait to play them live.”

The band will head out on tour this June with Whitesnake.  The tour launches on June 3rd in Dallas and continues on through Texas, Indianapolis, Ohio, Detroit, Boston and more.  This leg of the tour will conclude on July 1st with a headline show.  More Whitford/St. Holmes headline shows are expected to be announced shortly.

For up to date tour info and more, visit:

Whitford/St. Holmes On Tour with Whitesnake This Summer: